I joined Melissa LaFara on her Energetic Principles Podcast to talk about the astrology of 2023. You can watch the YouTube video here:

There are timestamps in the YouTube video for the following:

If you prefer to listen on Sound Cloud you can use the following link:

Here is a link to the You Tube video version:

Here’s a link for the Sound Cloud audio version:

I was interviewed by Melissa LaFara on her Energetic Principles Podcast giving an astrological forecast for 2022. There are a lot of big themes for the year that we discussed including the lunar nodes changing to Scorpio and Taurus, eclipses in Taurus and Scorpio amplifying the tension between Saturn and Uranus, Uranus conjunct the North Node in Taurus, Jupiter conjunct Neptune in Pisces, and much more. We also give a more detailed overview month to month.

Here is a link to watch it on YouTube which is helpful to see a visual of the astrology transits we discuss:

Here is a link to listen to it on Sound Cloud:

To order a digital copy of the magazine click here

I joined Amanda ‘Pua’ Walsh on The Astrology Hub Podcast on June 29, 2021 to give an introduction to the topic of secondary progressions in astrology. Here is a link to the video version:

Here is a link to watch the recording:

I joined Melissa LaFara on her Energetic Principles podcast to forecast the astrology for the entire year of 2021. The astrology of 2021 offers a beacon of hope guiding us out of a very difficult year. Melissa and I talked about calling this 2021 forecast episode “Following the Guiding Star Forward,” because although there is a lot of volatile and difficult astrology involved in the year ahead it is also mixed in with aspects that will promote innovative and visionary mediation, problem solving, and growth. You can listen to the soundcloud audio version of the podcast here  and watch the Youtube video version here:

The episode begins with a broad overview of 2021 astrology – such as Saturn square Uranus, the continuation of the Gemini and Sagittarius eclipses, and all three Mercury retrograde periods occurring in the air triplicity. We then go quarter by quarter – Solstice to Equinox – pointing out the hotspot areas of the year and potential ways to navigate them in the collective and personal spheres. It’s a long episode so you can break up listening to it into sections for each part of the year. Here is a timestamp breakdown for each section of the episode: 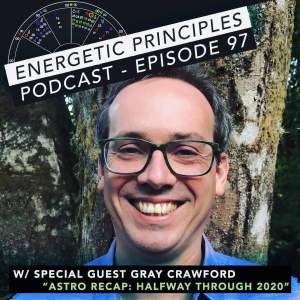 I am pleased to share a recent conversation I had with Melissa LaFara on her Energetic Principles podcast you can listen to  here:

I previously talked to Mel in December 2019 in a forecast episode about the entire year of 2020. Mel invited me back to discuss what we predicted in comparison to what actually happened, and then spending the rest of the time looking forward through the rest of the year knowing what we know now. We primarily spent time discussing the period of Mars activating its retrograde phase between now and November. 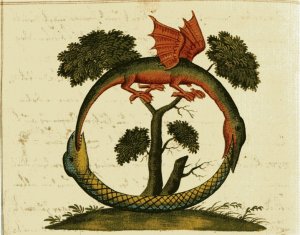 In June 2020 I had the pleasure of appearing on The Basement Astrologers Podcast with Kipp Dubow, an astrologer who lives not too far from me along the Salish Sea in Tacoma, Washington.  We talked about the meaning of the planetary nodes by way of first exploring the meaning of the lunar nodes. We then talk about the significance of Jupiter, Pluto, and Saturn all beginning and ending cycles together in 2020 while also forming conjunctions with their own South Nodes. Listen to the episode here: 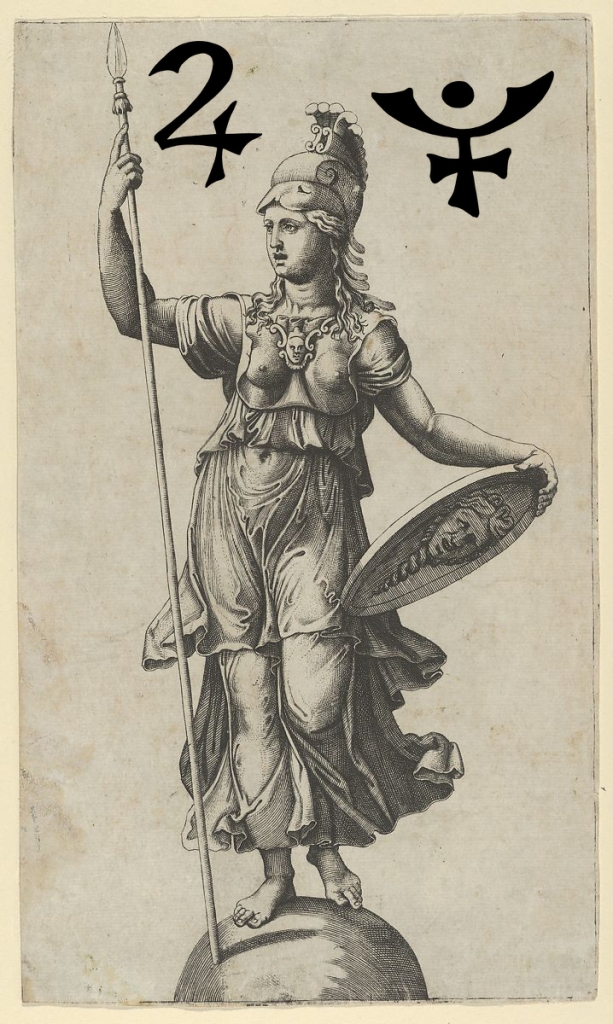 You can listen to the podcast episode here or in the following link:

I referenced the following quotes from Greek Religion by Walter Burkert:

“More than any other diety Athena is always near her proteges – ‘Goddess of Nearness’ is how Walter F. Otto described her. Wherever difficulties disappear and the impossible becomes possible, Athena is at hand, but her presence does not detract from the achievement of the other: ‘In league with Athena set your own hand to work,’ says the proverb.”

“Her most characteristic manifestation is to Achilles: as he grasps for his sword in his quarrel with Agamemnon, Athena stands behind him and catches him by the hair; to the others she remains invisible, but Achilles recognizes the goddess ‘in amazement’; her eyes shine terribly. She counsels him to check his rage, lightly inserting the words, ‘if you will follow me,’ and Achilles obeys without question. It has often been discussed how a psychological process of self-control is here anatomized and presented as divine intervention. Athena’s shining eyes make a moment of lucid prudence in the darkening quarrel.” 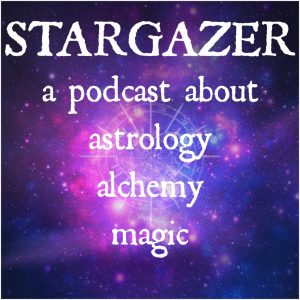 I’m happy to share a conversation I had with Rachel of Aeolian Heart Astrology who recently began her own podcast called the Stargazer Podcast.

We spent most of our time talking about the nuances planets in fall compared with planets in exaltation, including if the ruling planet of your ascendant is in its fall, which is the case with both Rachel and myself. We also spend extra time on how we can reimagine working with Jupiter in its fall of Capricorn in transit, including through the mythopoetic form of the divine Pan.

Chiron in Aries on the Radiant Astrology Podcast

I joined Christina Caudill on her Radiant Astrology Podcast about Chiron in Aries, Chiron’s role in astrology bridging the realms of Saturn with the realms beyond Uranus, and what we can learn from the mythology of Chiron. We talked on the day that the Sun in Aries was conjoining Chiron exactly, with both Chiron and the Sun forming a square aspect with the transiting lunar nodes. We discuss the connection between Chiron and what’s been happening with the COVID 19 pandemic.

Here is a link to the podcast:

I participated in an online astrology panel for Nightlight Astrology on the Saturn and Pluto conjunction  along with the astrologers Samuel Reynolds, Leisa Schaim, Jason Holley, Becca Tarnas, Patrick Watson, Rebecca Gordon, and Acyuta-bava Das. Here is a link to watch it.

I joined Melissa LaFara on her Energetic Principles Podcast for a thorough discussion of the astrology happening in 2020. We discuss each quarter of the year, from solstice to equinox, equinox to solstice in just under three hours. This will hopefully help you prepare for the year ahead, and can also serve as an episode to come back to later in the year to listen to again as we move through each quarter of the year. The astrology of 2020 is the most impactful we have had in over a decade, making it a dramatic initiation into a new decade.

I was interviewed by astrologer Melissa LaFaraon her Energetic Principles Podcast. We talked about the ineffable topic of exploring soul in astrology, including what we mean by soul, the impact of Carl Jung and James Hillman’s work on astrology,  and ways to relate with difficult placements and challenging configurations in natal astrology through a soul perspective. I enjoyed our conversation and hope you do too!

Mel has a weekly podcast that begins with an interpretation of the coming week’s astrology: our talk begins around the 28 minute mark of the episode, and she included a marker in the soundcloud for the beginning of our interview for your convenience.

The Legacy of Richard Tarnas

I was interviewed by Aswin Balaji with Celestial Vibes Magazine on the significance and legacy of Cosmos and Psyche by Richard Tarnas. In part we talk about his approach to archetypes and synchronicity in astrology and tracking historical patterns in connection with planetary alignments. We also talk about his conception of the modern self’s development that experienced a dawn with the Copernican revolution, led into the disenchantment of the cosmos, and then experienced the descent of its sunset with the Depth Psychology revolution at the turn of the 20th Century that decentered the conscious self as the center of the inner universe and unveiled the vastness of the unknown realm of the unconscious.

Mythopoetry of Planets in Fall

I joined Chris Reppucci on his Liminal Light Podcast to discuss planets in fall and how we might think about them and where we might look to find stories that help us in better understanding their condition.

I gave a talk at the NORWAC astrology conference in May 2019 exploring the fall of Venus in Virgo and Mercury in Pisces through the telling of the Psyche and Eros story found in the Hellenistic novel The Golden Ass by Apuleius. Chris was inspired to read The Golden Ass after hearing my lecture and so we spend a good amount of time discussing the novel by Apuleius, as well as Psyche and Eros, mystery traditions, initiatory experiences, magical procedures, the underworld, the celebration of life, the Daimon, fate, and fortune.

I make a lot of references to the placement of planets in fall in the Thema Mundi, the legendary birth chart of the universe which is Cancer rising and has the domicile and exaltation schemes of essential dignity embedded in it. If you are unfamiliar with the concept you can reflect upon the image I have inserted above when listening to our discussion, as it shows the planets in fall arranged in accordance with the Thema Mundi.

I was interviewed by Adam Sommer on May 23, 2019 for his Holes to Heaven podcast about Mercury cycles. We talk about Mercury’s synodic cycle and how to begin applying its phases to the secondary progressed chart. Click below to listen: 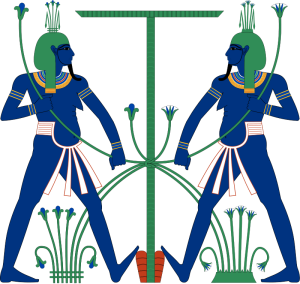 Myths of the Aquarius Constellation

I had the pleasure of being interviewed by Gary Catonon the Hermetic Astrology Podcast exploring various myths associated with the Aquarius constellation. For the most part we focused upon Ganymede in Greek culture, Enki in Mesopotamian culture, and Hapi in Egyptian culture, as well as the ancient association of a cataclysmic Great Flood with Aquarius. We also talk about some of the ideas linked to C.G. Jung’s conception of the Age of Aquarius, and how his idea of the union of opposites can also be connected to the mythology of Aquarius.  I experienced a greater opening in understanding Aquarius through researching these myths and my conversation with Gary, and hope that you do too! If you haven’t listened to Gary’s Hermetic Astrology Podcast before, I recommend checking it out. Click here to listen.

I was joined by June Rose Trimbach on The Liminal Light Podcast, hosted by Chris Reppucci, to talk about mythological Zeus and planetary Jupiter, where and when they overlap and how to process mythic language, metaphor and logic to expand our awareness of who both might be.

I joined Christina Caudill on the Radiant Astrology Podcast on the day Uranus first entered Taurus, and in this installment we primarily focus on the meaning of the Uranus opposition transit as well as some of the meaning of Uranus entering Taurus.  If you were born with Uranus in Scorpio (1974 – 1981) the entrance of Uranus into Taurus brings you into the Uranus opposition period that can bring about a release and break from past patterns. If you have Uranus in the first ten degrees of Scorpio this next year will be especially big for you as both Mars and Venus will be going retrograde in range of aspect in addition to Uranus in Taurus.

Here is a link to the podcast interview:

Uranus in Taurus on the Radiant Astrology Podcast

I joined Christina Caudill on the Radiant Astrology Podcast on the first day that Uranus entered Taurus to talk about the meaning of Uranus entering Taurus. Here is a link to the podcast: