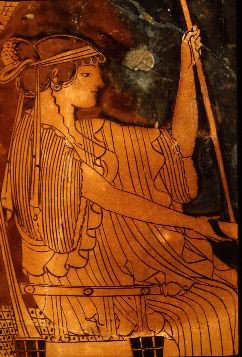 While the lunar nodes shifting into Scorpio and Taurus, Saturn culminating its journey through Libra, and the square between Capricorn Pluto and Aries Uranus has been drawing a lot of attention, an archetypal energy that has drawn mine is Juno.  When the north node of the moon shifted into Scorpio around September 1, 2012 it immediately became conjunct with the asteroid Juno, which was around 26 degrees of Scorpio at the time.  It is clear Scorpio is demanding attention, with Mars finishing a full pass through Scorpio and Mercury and Saturn entering Scorpio today.  As Saturn recently reached the final degrees of it’s journey through Libra, however, it brought added intensity to the karma we have been working out in our relationships over the past two and a half years since Saturn entered Libra in 2009.  When a karmic planet like Saturn reaches the final degrees of it’s journey through a sign, it often reflects us having to culminate our processing of the sign’s archetypal issues in preparation for the planet’s shift into the following sign.  For example, a friend of mine with an early degree Libra Saturn recently told me their Saturn return became much more intense this past Summer as Saturn began to travel through its final pass in Libra. While the North Node in Scorpio and Saturn in Scorpio will have to do with themes beyond the realm of relationships,  intimate partnerships are nonetheless an important aspect of Scorpio and the significance of Juno archetypal lessons will be important to face in the time period we are entering now.

Juno is the Roman name for the Greek Goddess Hera:  traditionally we know many cultural stories depicting Hera as the jealous wife of Zeus, becoming enraged and jealous over his many amorous affairs and romantic indiscretions.  However, the Goddess Hera is an ancient one, and a very powerful one at that: she is in fact the Great Goddess of the Matriarchal times that the Patriarchy of Zeus supplanted.  And just as the Patriarchy ultimately denigrated the Matriarchy, so has the depiction of Hera made her seem as jealous person who cannot control her emotions more so than an all powerful and knowing Goddess.

Indeed, in her book Asteroid Goddesses, Demetra George describes Juno as “exhibiting strong rulership associations with Libra and Scorpio” and that the semisextile aspect between the two signs “implies friction in attempting to join and utilize their different resources” and reflects the mythic Juno’s difficulty in finding fulfillment in her relationship with Jupiter (p.157).  George describes Juno as desiring to “transcend personal identity through committed relationship” which connects her strongly with the archetype of Scorpio (p. 158).  As Saturn shifts from Libra to Scorpio, we will experience our relationship issues on a deeper level.  While Libra can be about discovering a greater balance between meeting our own needs and meeting the true needs of our partners in relationship, Scorpio can be more about the transformation we can experience with our deepest sexual connections, as well as the merging we can experience in other powerful relationships we experience such as with a teacher or a working partner.  Embracing Scorpio energy and connection full-on can be scary at times for our personality ego, because in our deepest merging, especially in our sexual union with our lover, we can transcend or ego personality and merge into a new entity through our union.  This is the “destructive” aspect of sex described by the pschoanalyst Sabina Spielrein (famous for being not only one of the first female psychoanalysts but also the former patient of Carl Jung who became his lover in an extramarital affair) in her famous paper “Destruction as the Cause of Coming into Being” in which she argued that the sex drive contains instincts for both destruction and transformation, as lovers can experience a death of their own individual egos through their sexual transformation into a merged entity together.

On one hand, Juno represents our desire for the fidelity and commitment in romantic relationship that can lead to the deepest tantric and magical sexual merging, as well as our ability to truly collaborate and combine our energies with other types of significant relationships in our life.  However, many of us carry a wound from our collective unconscious of Matriarchal culture becoming invaded and oppressed by the Patriarchy:  just as the myth of Juno describes her fury and jealousy over the inability of Jupiter to be faithful and fulfill her deep relationship needs, so can the Juno archetype be expressed in a more distorted manner stemming from us projecting relationship needs onto a partner that we could instead nurture from within.  Correspondingly, Demetra George described the Juno archetype in Asteroid Goddesses as encompassing such relational issues as (1) fear of abandonment, (2) fear of betrayal, (3) fear of sexuality, (4) the giving away of power, (5) subtle manipulation, and (6) projection and repression (p. 161-163). 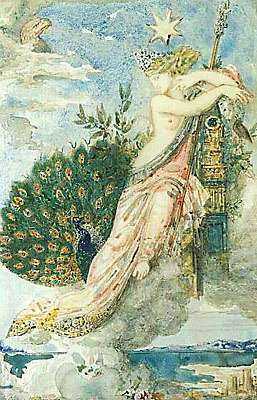 Similarly, we give our own power away through our own emotional insecurities in relationships, our fears of abandonment that can be tied back to abandonment issues with our own parents or other developmental figures, our crazed madness at times when our lover decides to love another instead of ourselves, particularly when there is deceit used to cover it up.  However, in all of these instances in which we lose control, we are losing connection that we have a Goddess within ourselves capable of fulfilling our own emotional nurturing. We are the Goddess inside of ourselves, and she does not need to stoop to the insecure and enraged antics the Goddess of patriarchal myths enacts.  When the Scorpio archetype is in play, our fears of abandonment as well as our fears of deeply merging and losing ourselves in another can lead us to grasp at controlling situations or people, or attempting to gain control through vengeful action.  Yet when we can burn these fears and insecurities in the flames of the Phoenix, through going within and connecting with our core, we can arise as a powerful being who is above such displays and knows they deserve to receive the same quality of love as they are giving.  If we instead focus on our own responsibility in our relational dynamic, focus on our ability to give, receive, and love, ultimately we will gain the ability to attract the same quality of love vibration in return.  Instead of looking to our partner to fulfill our needs through their success in the world, or through their attention we are yearning to bask in, we can look within ourselves and instead radiate our true magnetic self into the world, and in this way gain the presence to enter our relationships from a place free of projection, fear, or compulsion.

The Taurus polarity point of Scorpio is interesting to consider now in part because the South Node of the Moon, carrying our collective past life issues, is now in Taurus.  Taurus is also interesting from a herstory perspective as Hera/Juno was the Great Goddess in the Crete region of the Mediterranean during the Age of Taurus.  Describing the Taurus polarity point of Scorpio in Pluto: The Evolutionary Journey of the Soul, Vol. 1, Jeff Green states that when people are addressing this  “evolutionary intent” of Scorpio, it means they are learning “how to identify who they essentially are versus the pieces of themselves that are actually other people with whom they have been karmically linked through relationships in this or other lives . . . associated with the osmosis effect of sexuality, and the uniting of themselves with others on an emotional , intellectual, and spiritual level”  (p. 157).  Green goes on  to conclude that when people embrace the Taurus polarity point of Scorpio, it means “they can discover the core of themselves, and will learn how to sustain themselves by identifying their own personal resources . . . becom[ing] emotionally, intellectually, spiritually, physically and sexually self-sufficient . . . [and able] to participate in a committed, growth-oriented relationship in a nondependent, noncompulsive way” (p. 157).  As we all enter this deeper time of relationship issues, I feel that if the relationship we are in is not on the same level as our core needs, it will drift away, perhaps in an affair with another, but truly we will be better off in the end, for there is a deeper and truer love awaiting us. And in the partnerships we are meant to continue to work on and with, we may experience times of separation that allow for a purification and renewal of each partner, ultimately leading to a return to the relationship and a healthier dynamic.

Demetra George in Asteroid Goddesses points to the connection between Juno’s ancient embodiment of the triple Goddess through the three life stages of maiden, bride, and widow, and a pattern of relationship dynamics that includes euphoric union, separation after difficulties accumulate, and eventual return to the partnership and renewal of commitment after each partner is able to get into their own space and purify, rejuvenate their being:

Juno cyclically restores her virginity in the bridal bath or sacred spring in preparation for consummation as a bride.  The cycle culminates in an argument and separation with Jupiter, and then Juno retreats into hiding.  Contained within Juno’s separation is the promise of return and reconciliation . . . Juno, therefore, is the astrological significator of commitment, steadfastness, loyalty, devotion, and the willingness to remain in a relationship within the context of separation and return  (p. 164).

George goes on to describe the occult level Juno can reach through her sexual expression within committed relationship as including (1) sex as bliss, (2) sex as magic, (3) sex as rejuvenation, and (4) marriage as alchemical union (p. 166).  As Saturn shifts into Scorpio today it finds itself in a trine aspect with Neptune in Pisces that holds a promise of us being able to manifest our vision of divine Juno love and relationship.  Another interesting omen is that at this same time Juno’s partner Jupiter has stationed retrograde to move back toward an eventual opposition with the asteroid Juno that is now in Sagitarius (this will happen in early November 2012).  Jupiter’s retrograde motion through Gemini at this time reflects an auspicious period to go within and mentally analyze our beliefs and patterns in relationship in order to face our Sagitarius Juno capacity to be able to respond more intuitively to the needs of others in our relationships, free from the relational compulsions and projections that have gotten in the way of us being able to experience happiness and fulfillment in our relationships.  Blessed be.

4 thoughts on “Passion of Juno, Intensity of Scorpio”