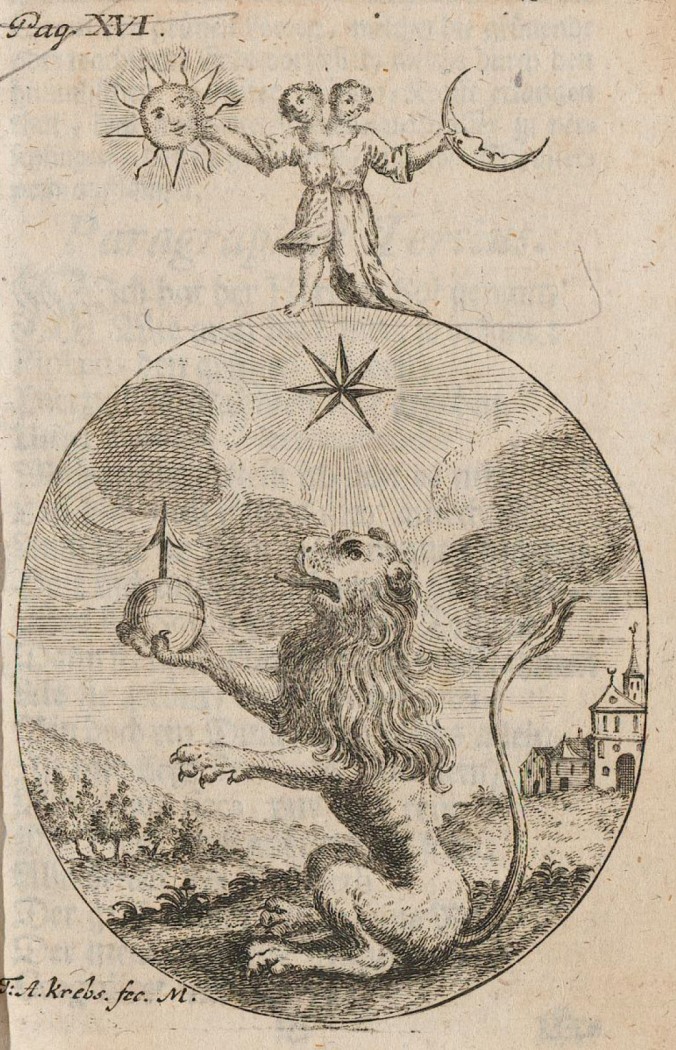 from The Hermetic Child of the Sun and Moon (1752)

On 11 August 2018 we experience a Partial Solar Eclipse in Leo, the final solar eclipse in the series of eclipses in Leo and Aquarius we have been experiencing since 2017. Although it is not a “total” eclipse as we experienced a year ago, meaning that the Moon will not completely cover the face of the shining Sun in total blackness, the impact of the partially eclipsed Sun is more than enough to open gates to hidden, unconscious, or otherworldly visitation. Dane Rudhyar in The Planetary and Lunar Nodes wrote that “the past tends to obscure the present” during a solar eclipse, rooting interpretation in the living symbolism of the Moon obscuring the illuminating rays of our great solar star. This also means that all lunar content, which can relate to not only memories but also irrational thoughts and feelings, as well as previously unrecognized subconscious desires, will invade conscious attempts to keep them at bay.

Due to the Leo eclipse occurring on the side of the North Node of the Moon, these emerging desires and feelings may be linked to hunger for growth and development, as well as all sides of ambition including needs for recognition. As this is the final solar eclipse in Leo of the series, it will be wise to use the messages received through contemplation to reflect back upon one’s trajectory of development over the past year and a half. We may not only learn more about our path of development, but also discern a deeper underlying level of motivation behind why we have been doing what we have been doing.

The last time we experienced a solar eclipse in the saros series of this eclipse path was on 31 July 2000 at 8º Leo. Bernadette Brady in Predictive Astrology: The Eagle and the Lark analyzed this series as bringing difficult information in relationships, including ideas of separation, but that it also brings the capacity to respond effectively in a way that “can bring good results.” Her interpretation in part is due to the original eclipse in the series (24 June 792) occurring in conjunction with Jupiter while being on the midpoint of Mars and Uranus. Interestingly, the 11 August 2018 eclipse has a lot of meaning connected with Jupiter, Uranus, and Mars.

Vitally, the Leo Eclipse happens a few days after the inferior conjunction of Mercury retrograde in Leo. Thus a newly reborn Mercury retrograde is close by the eclipse, only four degrees away. This influence of Mercury amplifies our capacity to pick up, interpret, and transmit unconscious awareness and messages that are normally out of range without deliberate attempts to penetrate inner depths. On a practical level this means that many people in our environment who are not used to working with their shadow or rarely attempt to clarify unconscious feelings will be projecting and acting from their shadow without realization they are doing so. Again, because all of this is occurring on the side of the North Node of the Moon in Leo, there are many growth opportunities to be found in the awareness that can be gained from hidden material coming out to be processed in relationships. It doesn’t make the experience necessarily easier to deal with in the moment, but keeping in mind the larger picture and the passing nature of this time can help keep things in a larger perspective.

The other element of the eclipse significantly amplifying subconscious dynamics is that Uranus in Taurus stationed retrograde four days before the eclipse. Whenever a planet stations it saturates the astrological atmosphere with its influence in the surrounding week, and since this is the first time that Uranus has stationed while being in the sign of Taurus, it means that impactful events and messages will be arriving in our life that demonstrate what the transit of Uranus in Taurus is initially meaning for us. The saving grace of this stationing is that Uranus in Taurus is in a stabilizing, flowing trine with Saturn in Capricorn. As a result no matter how difficult the associated experiences are, the harmonious interaction with Saturn in Capricorn will facilitate responding and adjusting effectively as needed. Moreover, if the stationing of Uranus is coinciding with breakthrough thoughts and innovative ideas, the trine with Saturn in Capricorn will help bring visionary ideas into eventual manifestation. 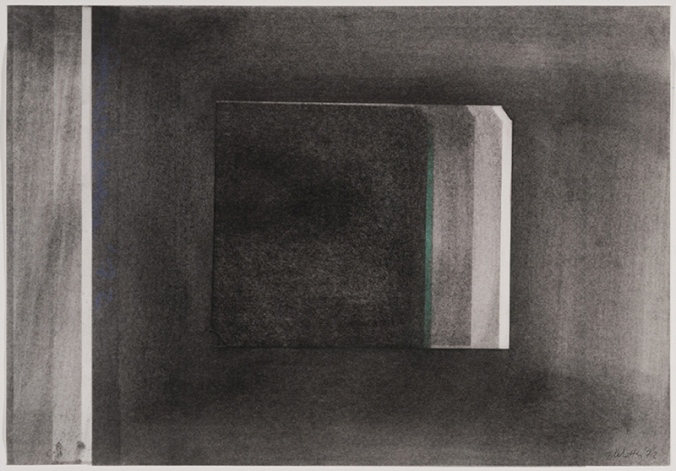 Another major factor in the Leo eclipse is that it is in range of a catalytic square with Jupiter in Scorpio, while applying toward an uncomfortable quincunx with Pluto in Capricorn. There is strong visionary capacity to be found within these aspects coupled with the difficulty of bringing the full vision into reality due to current responsibilities and limitations of time, space, and currently available resources. There is also a shadow of ambition to look out for here, and so it will be wise to reflect upon and investigate one’s underlying motives for whatever one becomes called to create and work on. If one’s ambitions are for the greater good, such as helping to empower others rather than have power over others, it will further be worth the time to reflect upon how to best go about achieving one’s goals, again keeping in mind the greater good of the collective and our relationship dynamics. Though there is a lot of emphasis on the North Node of Leo at the eclipse, we still must work with the South Node of the Moon in Aquarius as part of the process.

An additional star within the eclipse drama we must pay attention to is Venus in Libra.  At the time of the eclipse, Venus in Libra is separating from a square with Saturn in Capricorn (after recently completing a trine with Mars retrograde), and is applying toward a sextile with the North Node of the Moon in Leo and a trine with the South Node in Aquarius. Venus then heads toward a sextile with Mercury that will occur at the same time that Mercury stations direct on August 19. Venus is at home in Libra, yet she had her work cut out for her in the week leading into the eclipse as she engaged with first a wild Mars and then an overbearing and resolute Saturn. However, Venus in Libra can bring what we need to mediate relationship conflicts and harmonize whatever has been coming out of balance. In particular Venus in Libra will be able to facilitate creative actualization of whatever insights are gained as Mercury finally stations direct in Leo a week from now. 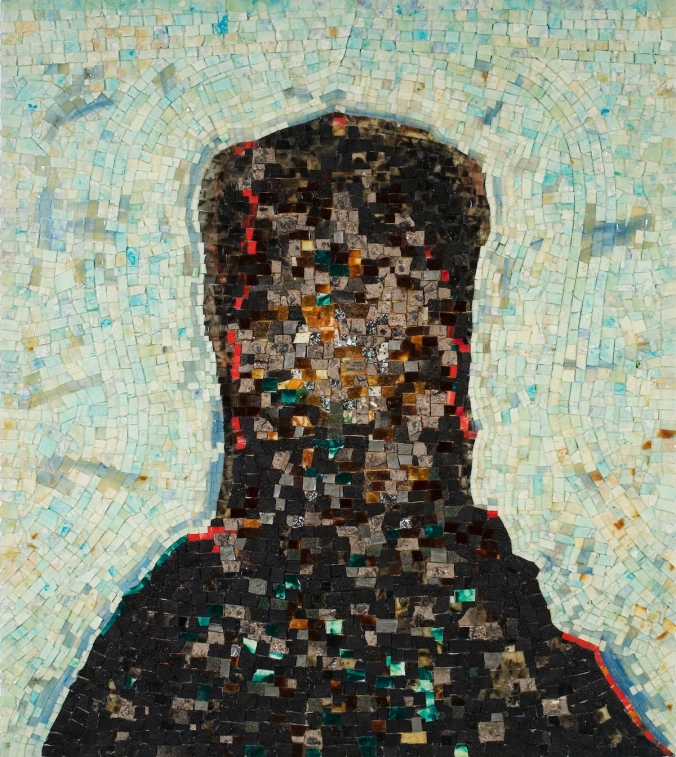 The Partial Solar Eclipse in Leo is the beginning of a new lunation cycle, and in particular demarcates a significant shift in the astrological atmosphere due to Mars leaving Aquarius and entering Capricorn a day after the eclipse on August 12. Mars entering its exaltation of Capricorn will lower levels of volatility somewhat due to Mars no longer occupying Aquarius, the sign opposite Leo that contains the transiting Mercury retrograde and the Sun. Mars is cooler and more effectively calculating in Capricorn, and as it settles into the same place that Pluto and Saturn are also occupying, Capricorn becomes an incredibly potent section of the zodiac for the rest of the month. There is incredible power in the place of Capricorn to reshape matter from the realizations of inner guidance we have been gaining over the course of Mars being retrograde since June.

Mars left Capricorn on May 15, the same day that Uranus entered Taurus. Previously, Mars had been in Capricorn from March 17 through May 15, and so the return of Mars to Capricorn brings added desire and willpower to return to any work we began to formulate then that for one reason or another we had been experiencing setbacks or difficulties in completing or further developing. Ideally, after sifting through all of the realizations coming into our awareness from the recent series of eclipses as well as Mercury being retrograde in Leo, we can then direct our clarified perception into productive work and effort worthy of the empowering strength Mars, Pluto, and Saturn bring to any endeavor. 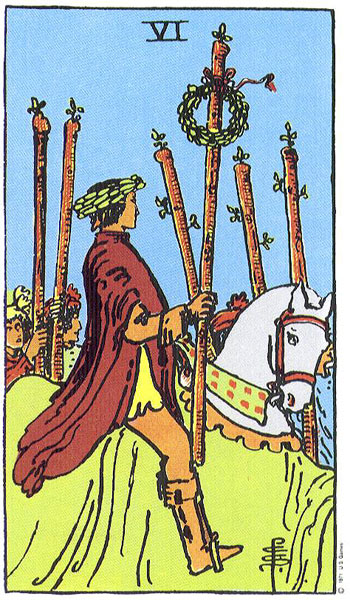 The partial solar eclipse is in the second face of Leo, associated with the Six of Wands card illustrated above by Pamela Colman Smith. We find here an image of triumphant victory, a strident champion riding a white horse and hailed by a wreath of laurel and an adoring crowd.  Austin Coppock in his book 36 Faces ascribed the image of “A Crown of Laurels” to this face, proclaiming it “holds within it the magical power of authenticity- here defined as a harmonious connection between the external sphere in which one acts and the spirit fire within each individual.”  The pride and glory of victory in the Six of Wands image also reflects its shadow of hubris, a complex that deserves attention since the Leo Sun will be partially covered in lunar shadow.

Jupiter rules the second face of Leo in both the Chaldean as well as the triplicity rulership schemes. Jupiter in Scorpio is forming a square to the eclipse and calls us to look at the hidden elements under the surface of the prideful hero in the Six of Wands image. For example, we can observe that the very horse being ridden is concealed, as well as elements of the triumphant crowd bearing three of the six wands. As Austin Coppock wrote in 36 Faces, the spirit of this decan can help guide us toward realizing any elements of our public persona that are out of alignment with our inner integrity, or instead how we may need to embody more humility within experiences of recent praise or glory. Coppock astutely made the point that “recognition of one’s virtues does not dispel the reality of one’s vices,” since many images of the decan in ancient text show it is “the temptations of selfishness and cruelty which stain the triumphal nature of this decan.” Coppock declared that the promise and power of victory is so strong in this decan we must guard against becoming blinded by the solar light of success.

Thus it is imperative to search within during the shadowy time of the Leo eclipse, using insight gained to help refine the manner in which we project the indomitable light of our inner soul into the world around us. Fascinatingly, it is none other than the great goddess Isis who resides in the second face of Leo according to the Hellenistic text the 36 Airs. Isis became syncretized as the goddess containing all goddesses in the Hellenistic era, and just as she weaves many spiritual traditions together in her history, so does she weave a web of love through times of trauma to bring about an eventual healing and retrieval of our Self. Isis brings the courage needed to resiliently persist on inner journeys to reanimate whatever aspects of our essential self have become fragmented. As we regain communion with the eternal, indestructible nature of our soul within, so can we more effectively find ways to align our action and work in the world with our inner authenticity.